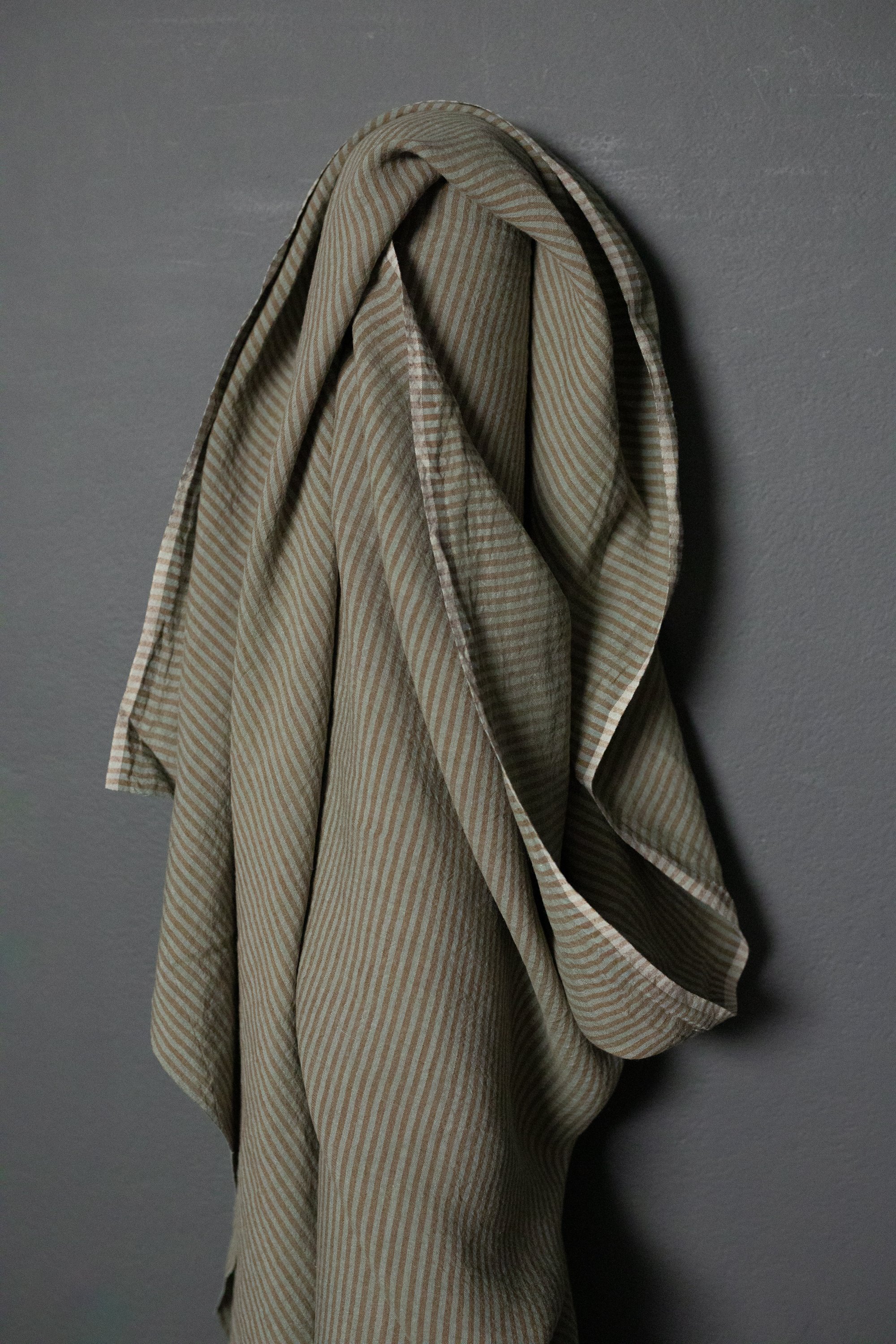 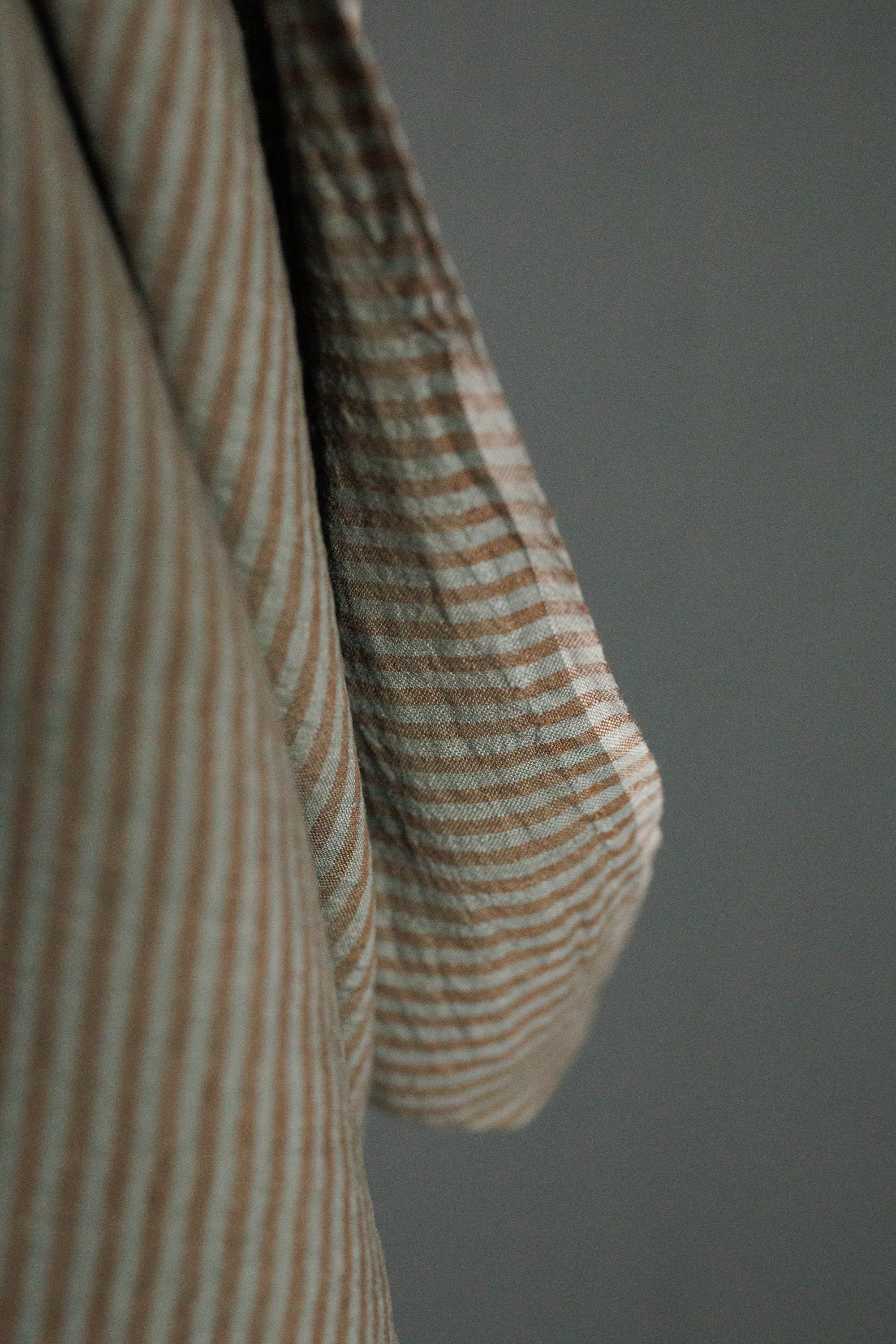 European laundered linen tumbled at the mill for softness. Stormy Seas is an elegant thin stripe of pale teal and warm brown.

Stormy Seas can be used for many of our patterns, ideally dresses, skirts, tops, and loose fitting trousers.