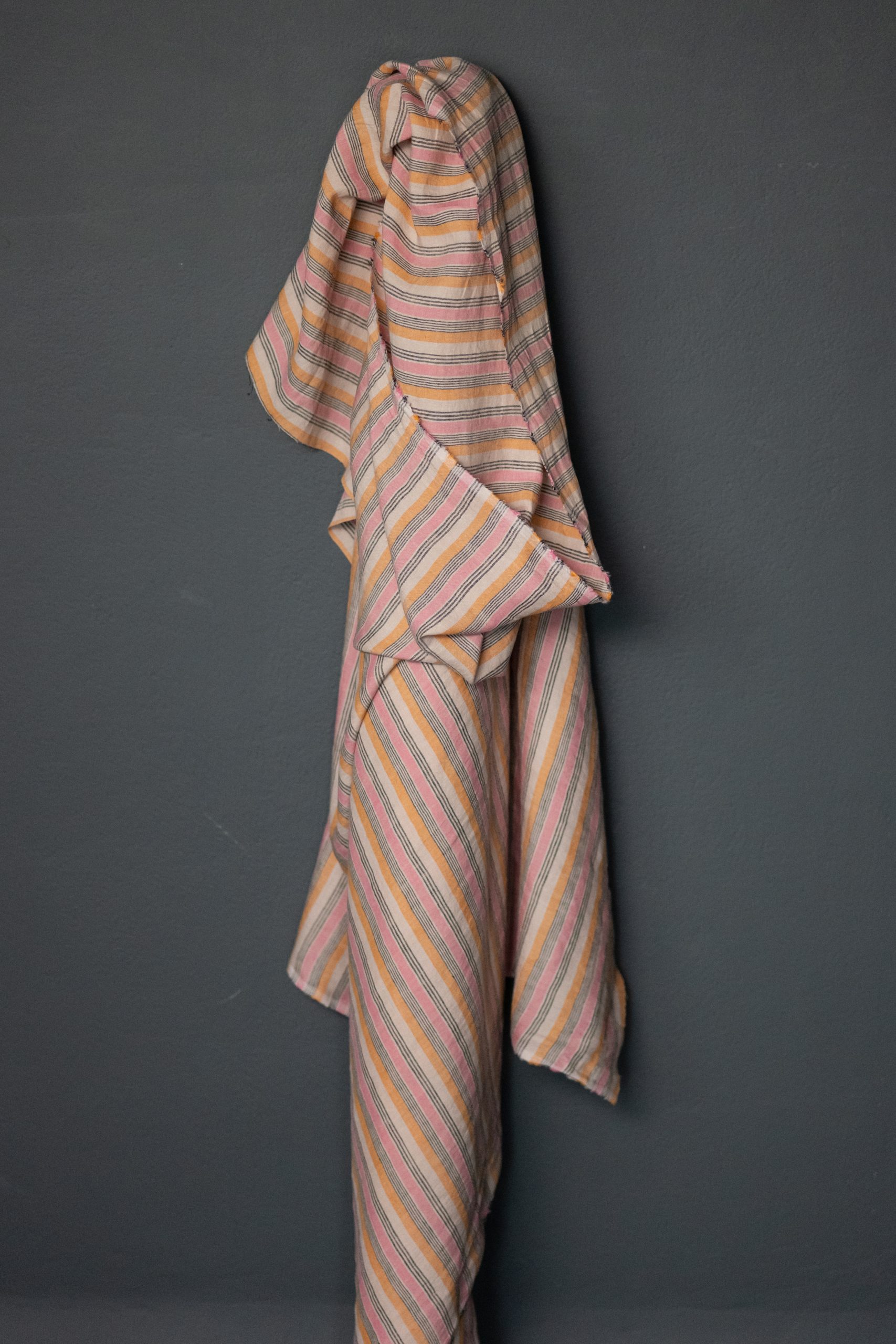 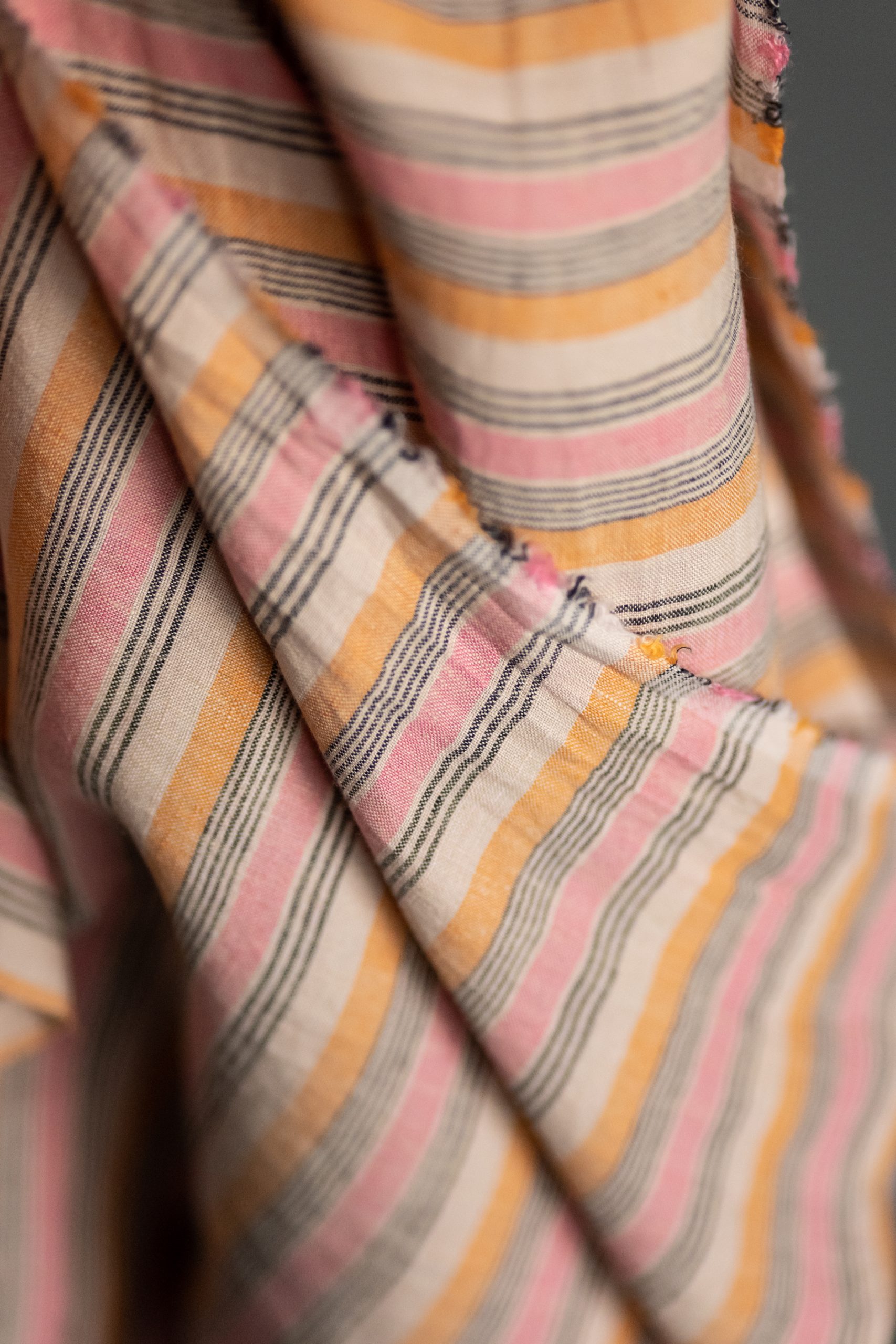 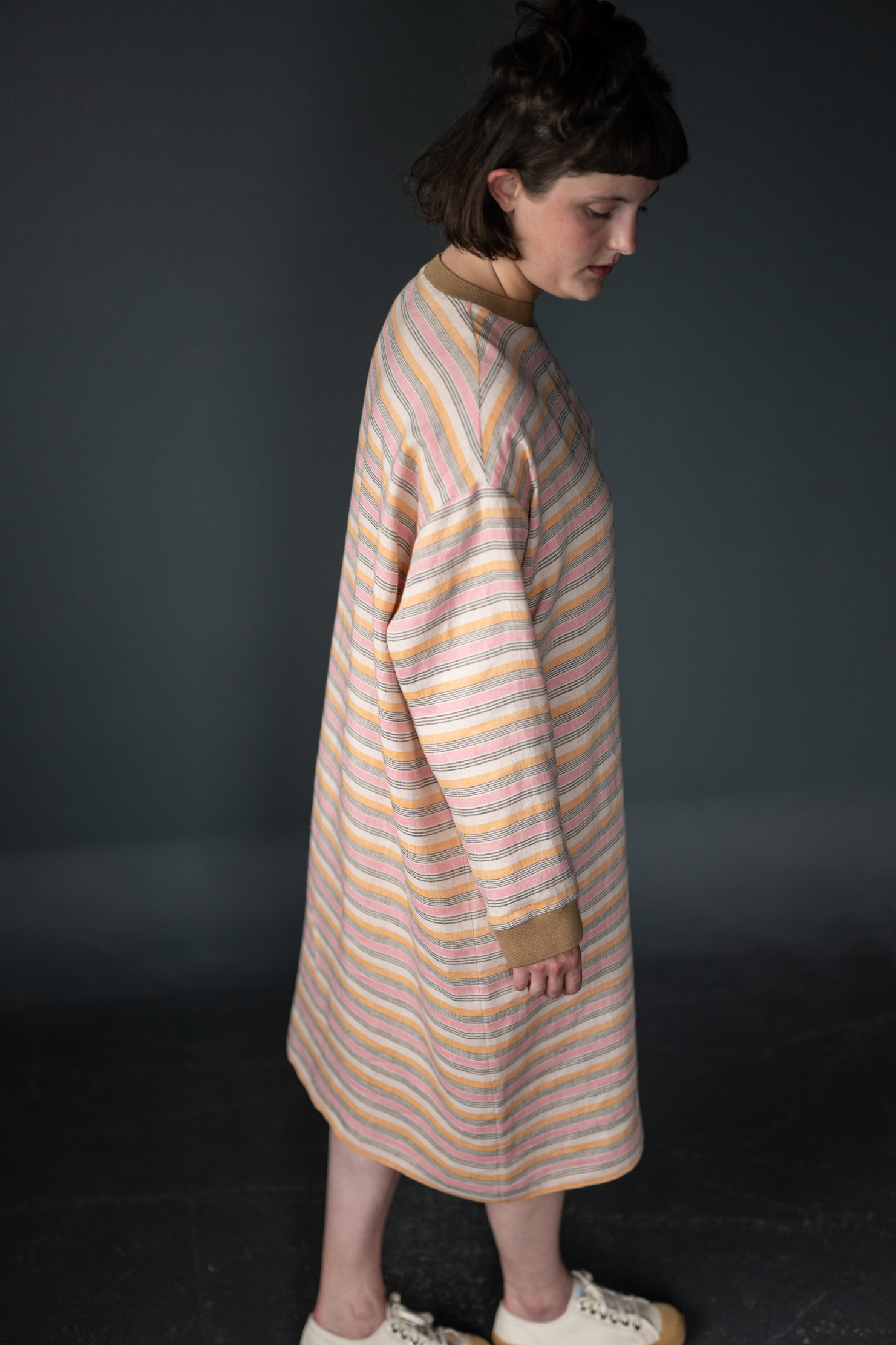 European laundered linen tumbled at the mill for softness. Sherbet is a joyful mix of bright pink, pale pink, orange, and black stripes.

This is very similar to our Allsorts linen that we used to stock, but without the blue stripe.

Sherbet can be used for many of our patterns, ideally dresses, skirts, tops, and loose fitting trousers.

Full roll – 10% discount is given for a whole roll – roll lengths vary between 18 & 26m approx. (price quoted is for 25m but this will vary once the roll is picked)

As the linen fibres have low elasticity (which causes it to crease) it will wear in any areas that are repeatedly folded in the same place for a long time, however, it does have much better abrasion resistance than say cotton.