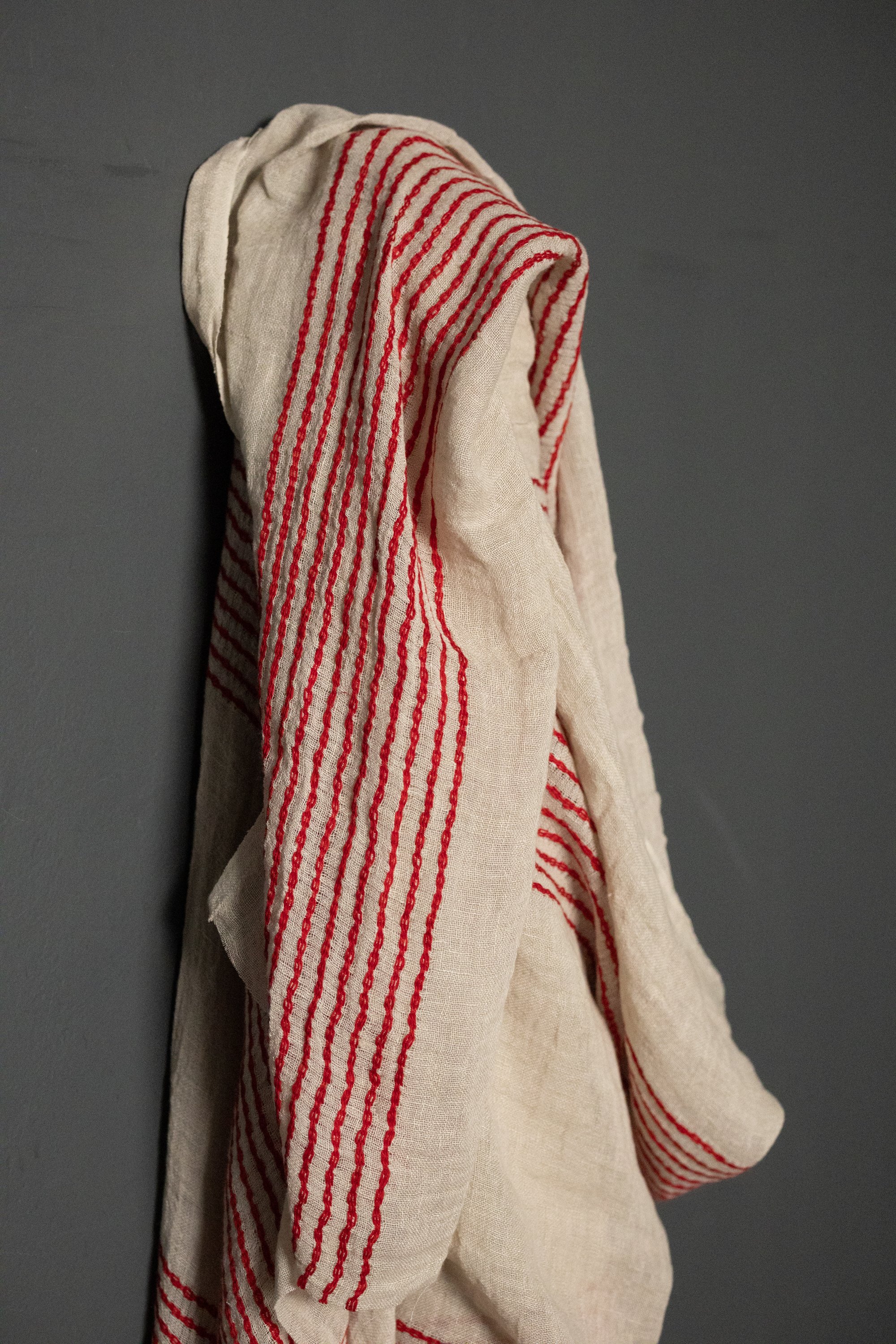 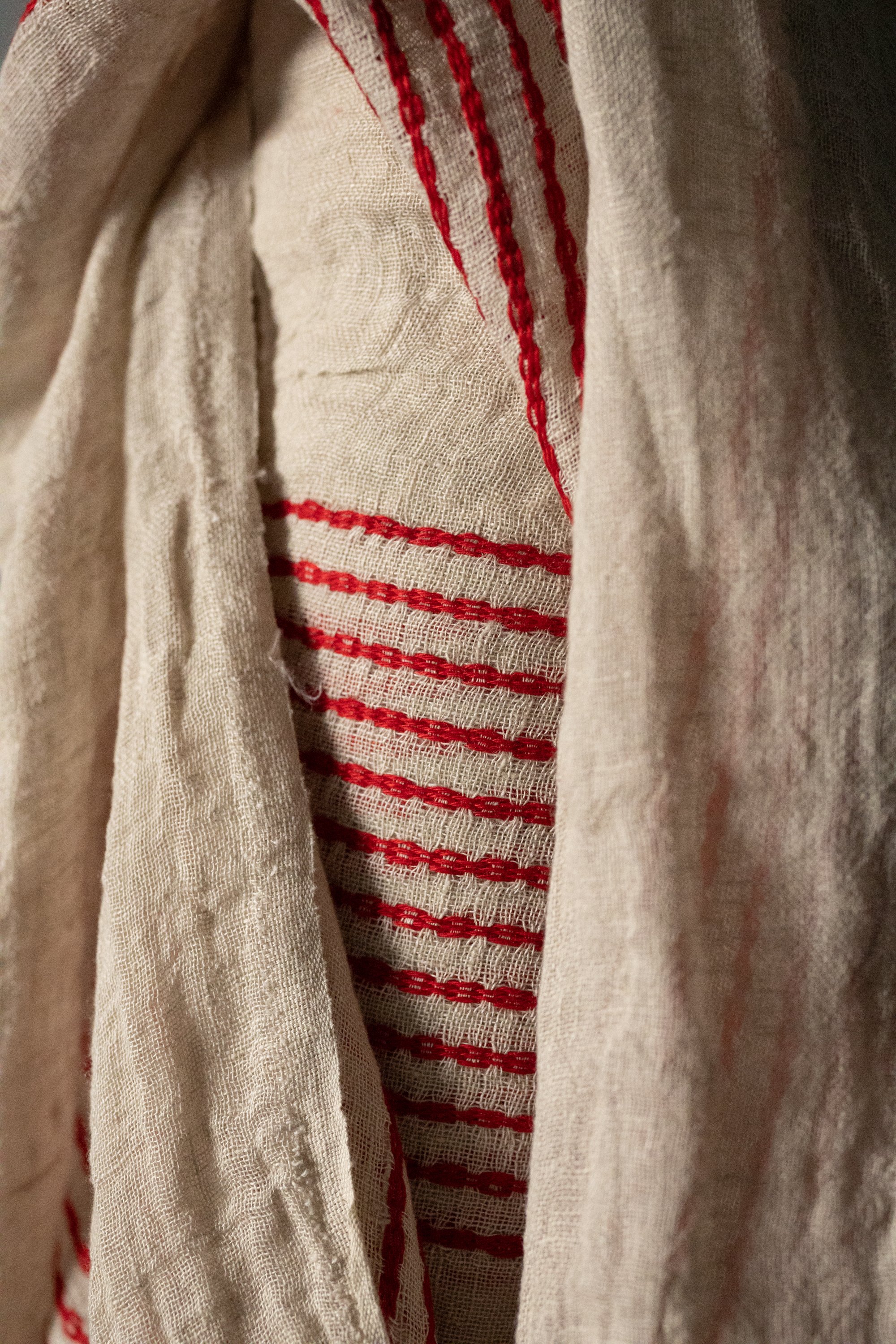 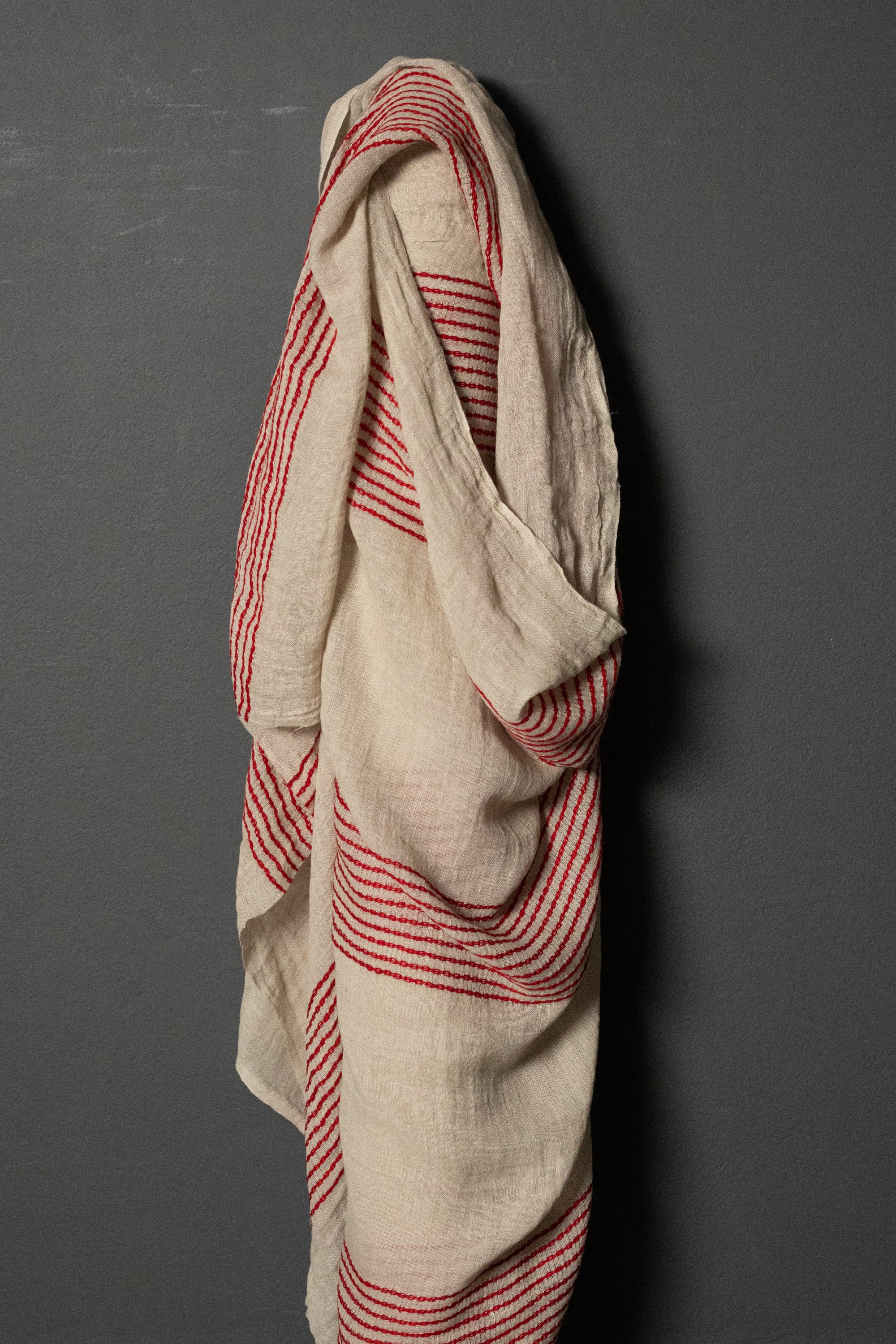 European laundered linen tumbled at the mill for softness. A loosely woven linen gauze with a striking red stripe stitched through.

It would make a lovely soft curtains or a Trapeze dress worn as a light-weight overlay.