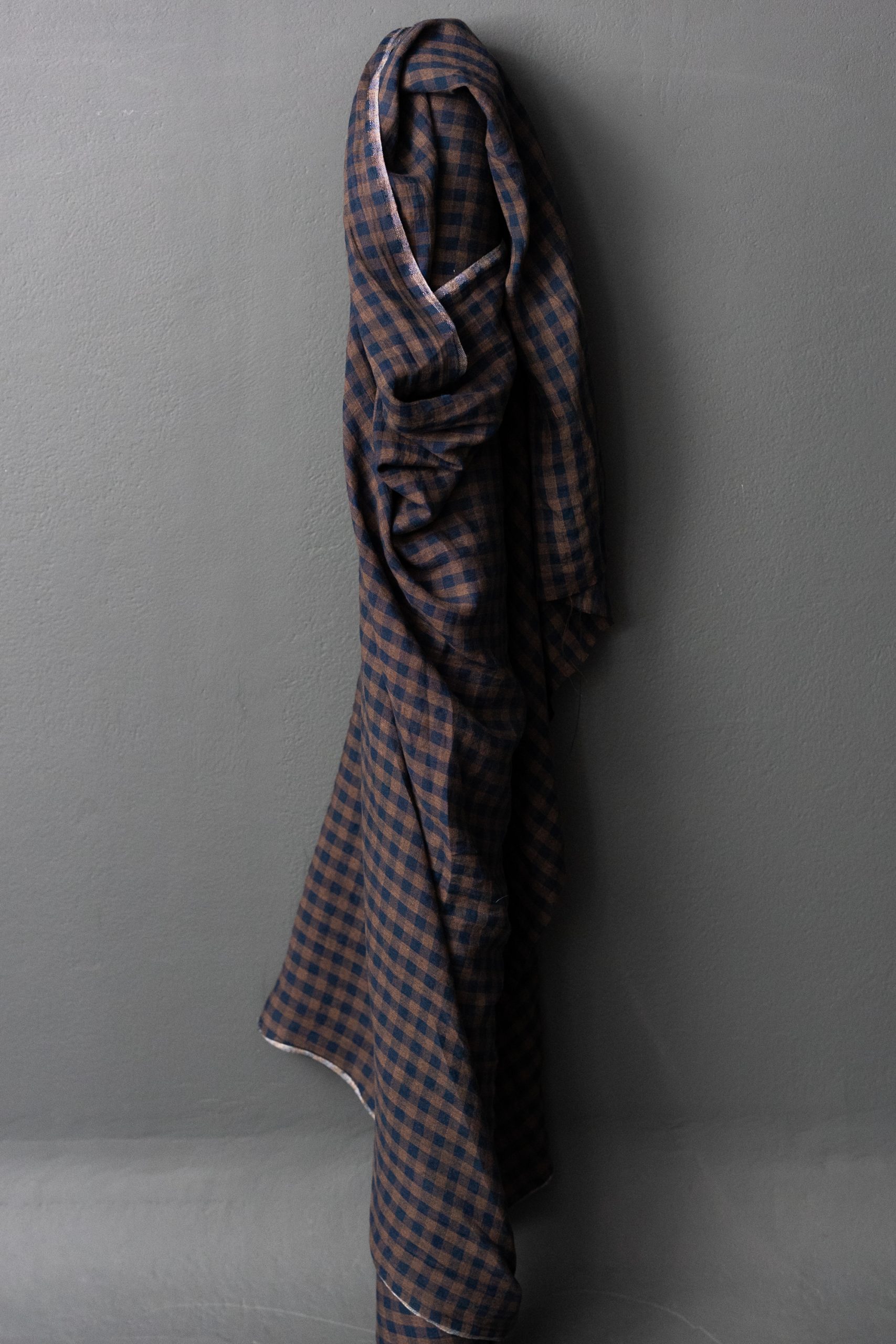 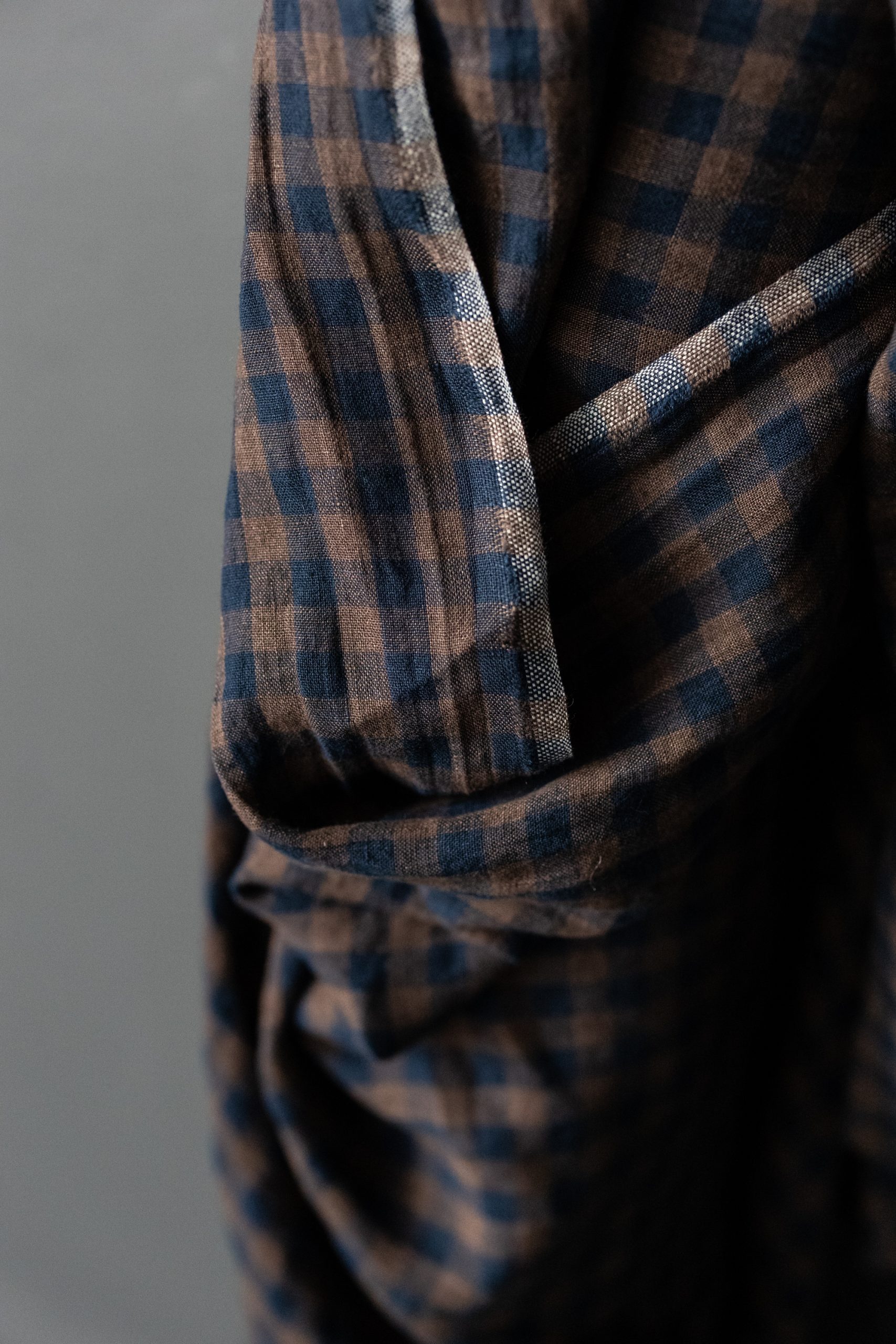 European laundered linen tumbled at the mill for softness. A check of ash brown and navy blue.

Markwick can be used for many of our patterns, ideally dresses, skirts, tops, and loose fitting trousers.

Full roll – roll lengths vary between 18 & 26m approx. (price quoted is for 25m but this will vary once the roll is picked)