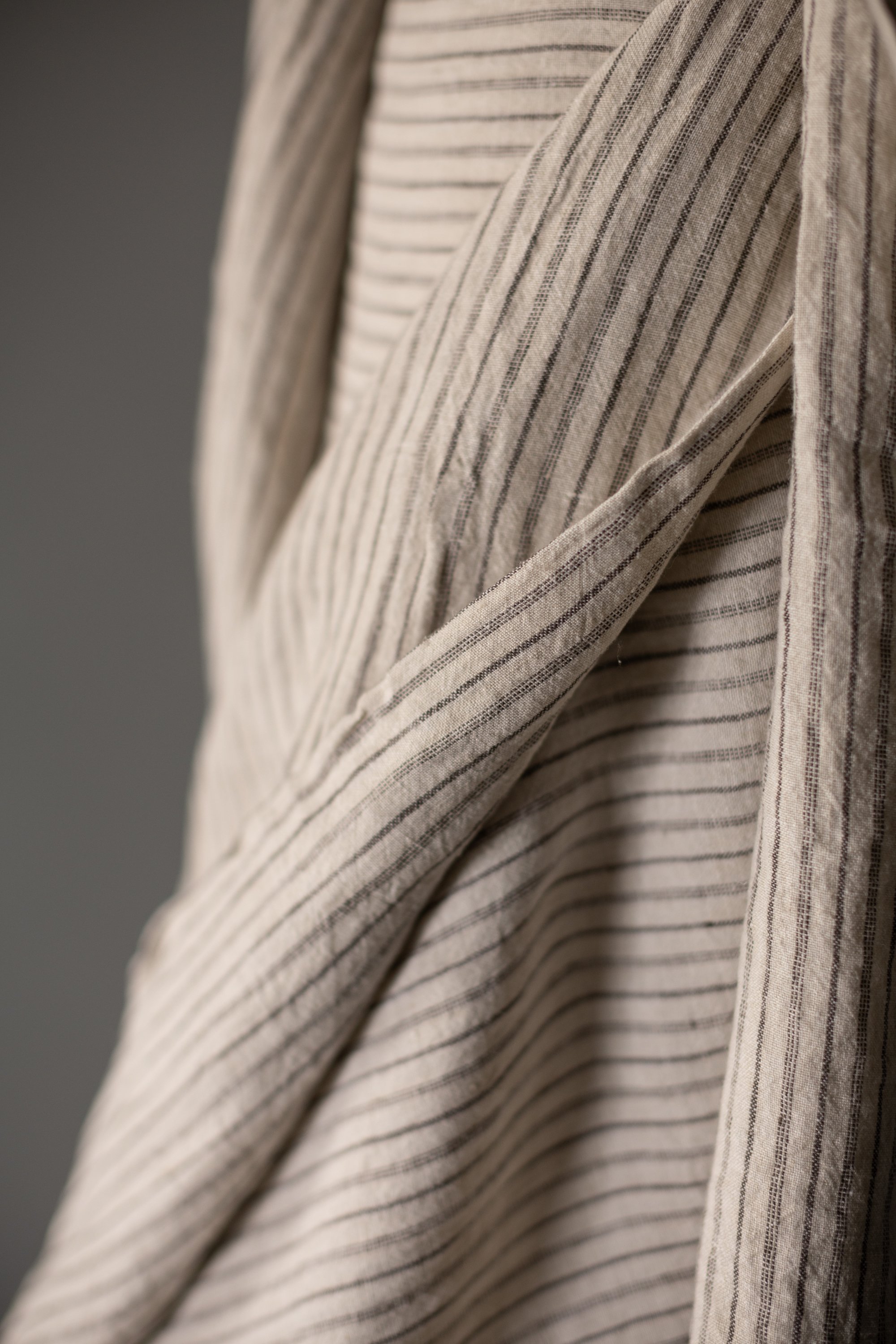 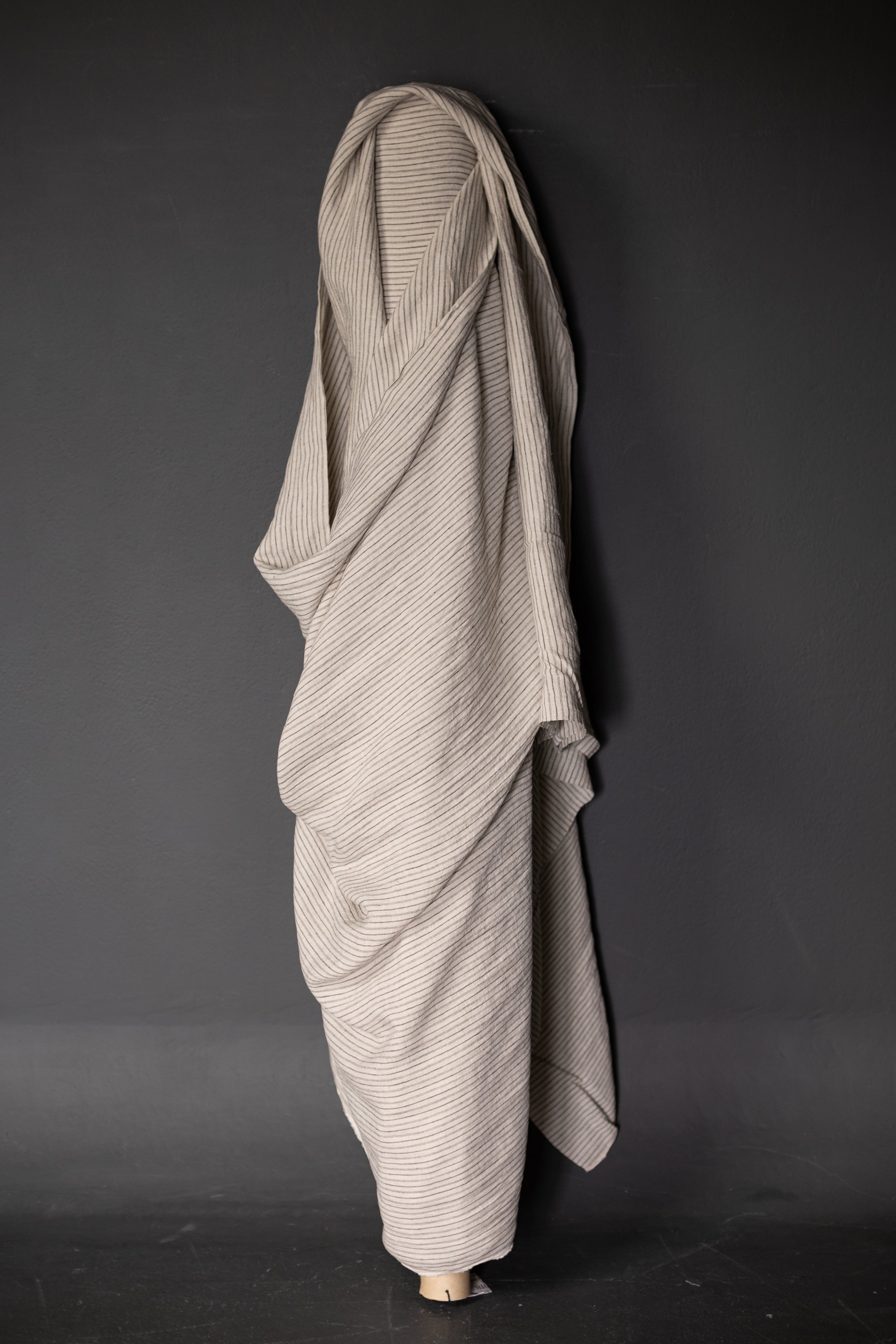 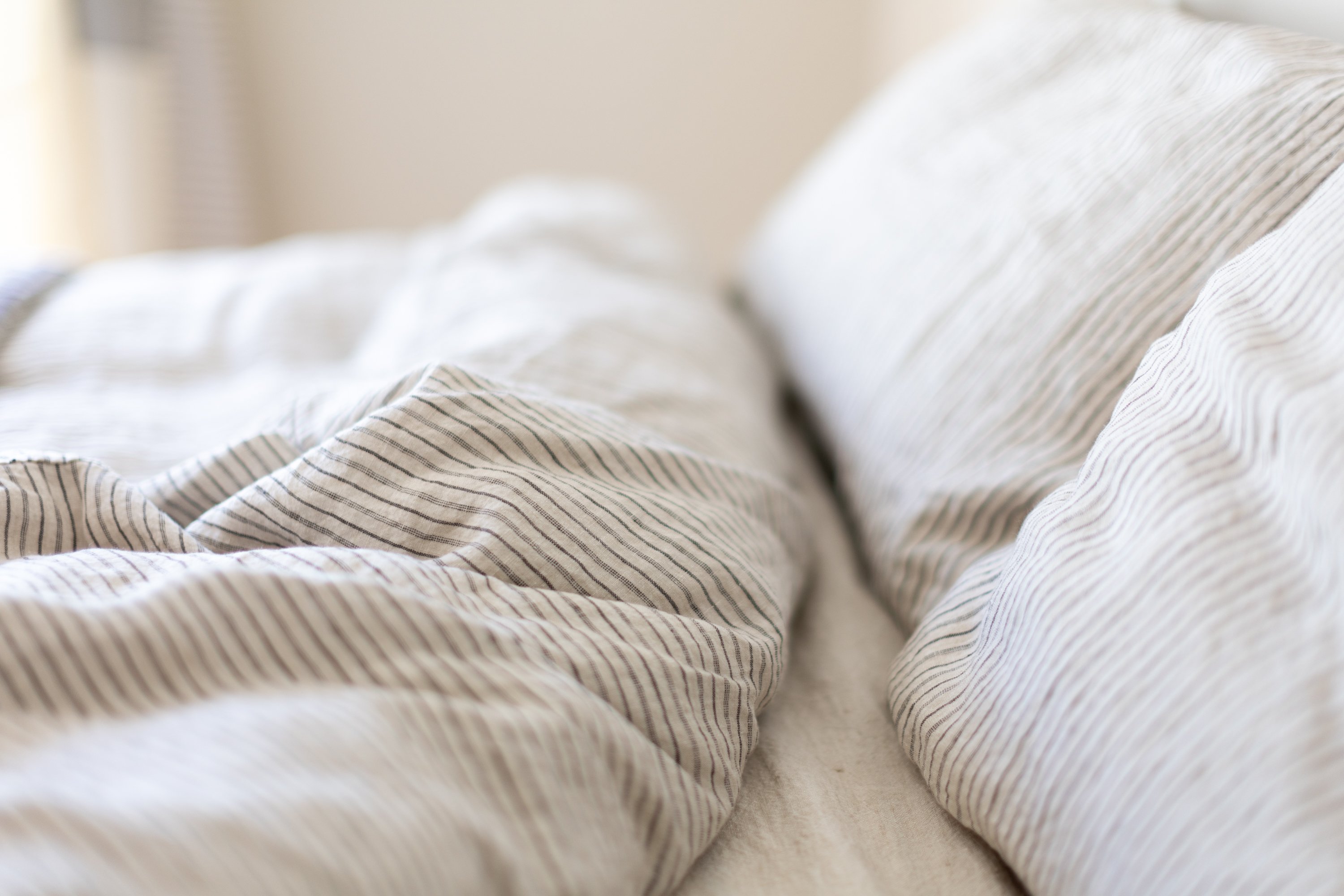 European laundered linen tumbled at the mill for softness. Daybreak is a calming stripe of ash brown in a soft ecru background.

Daybreak would be perfect for bed linen and curtains and can be used for many of our patterns, ideally dresses, skirts, tops, and loose fitting trousers.