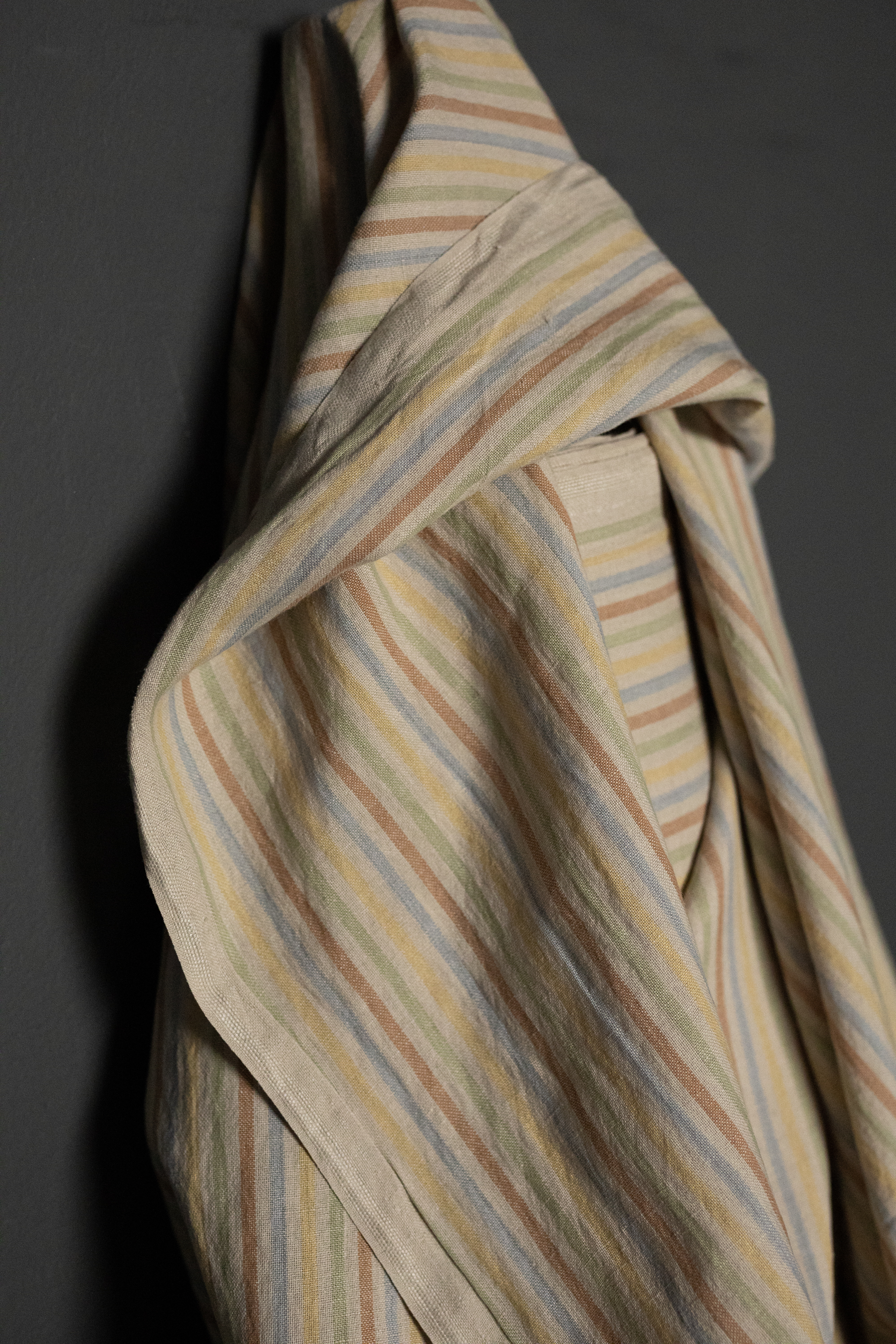 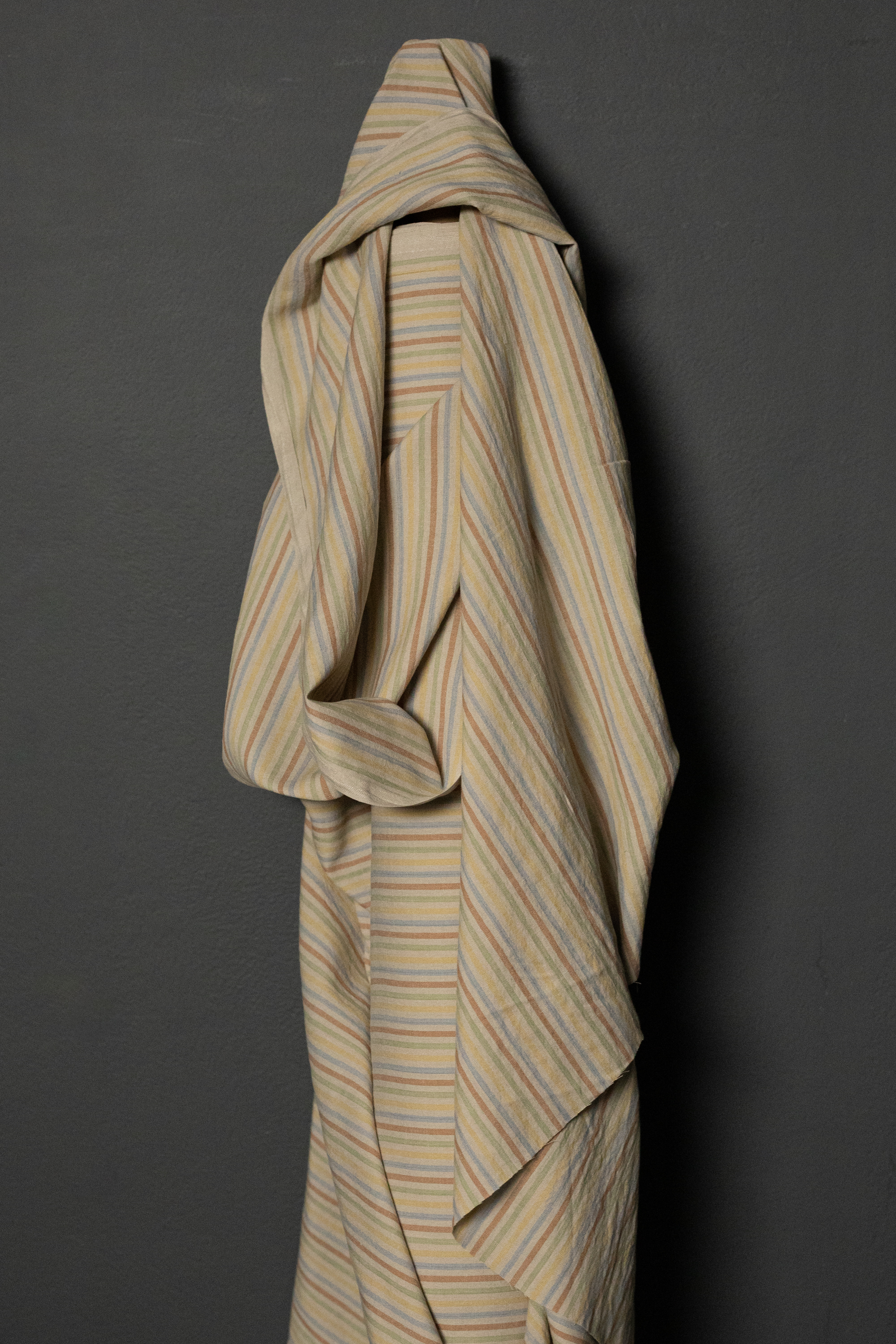 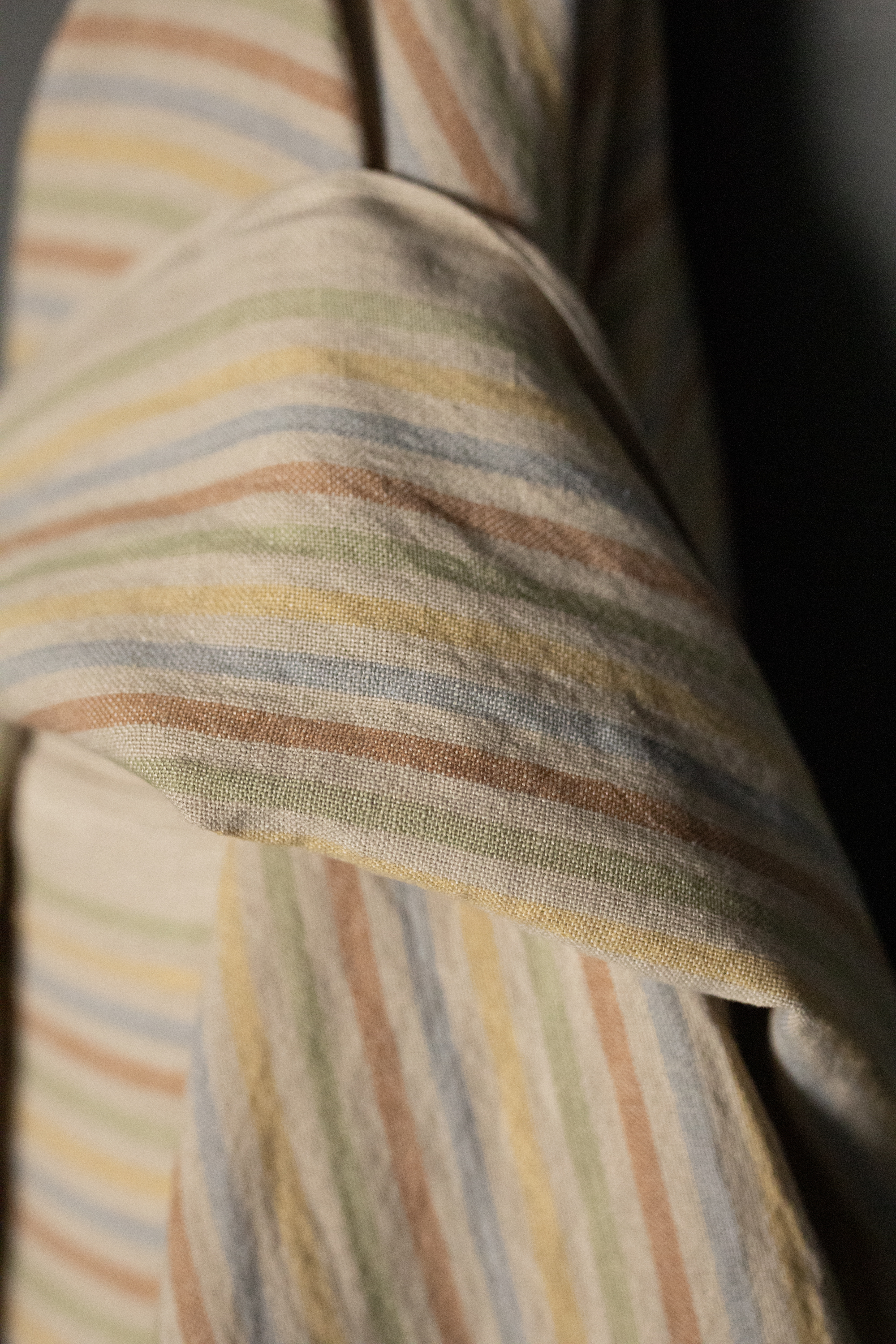 European laundered linen tumbled at the mill for softness. Fairlight is muted stripe of yellow, sky blue, pale green and terracotta on a natural ecru background.

Fairlight can be used for many of our patterns, ideally dresses, skirts, tops, and loose fitting trousers.

20m – if you order 2 x 10m then you will receive a full roll unless you request otherwise – roll lengths vary between 18 & 26m approx.