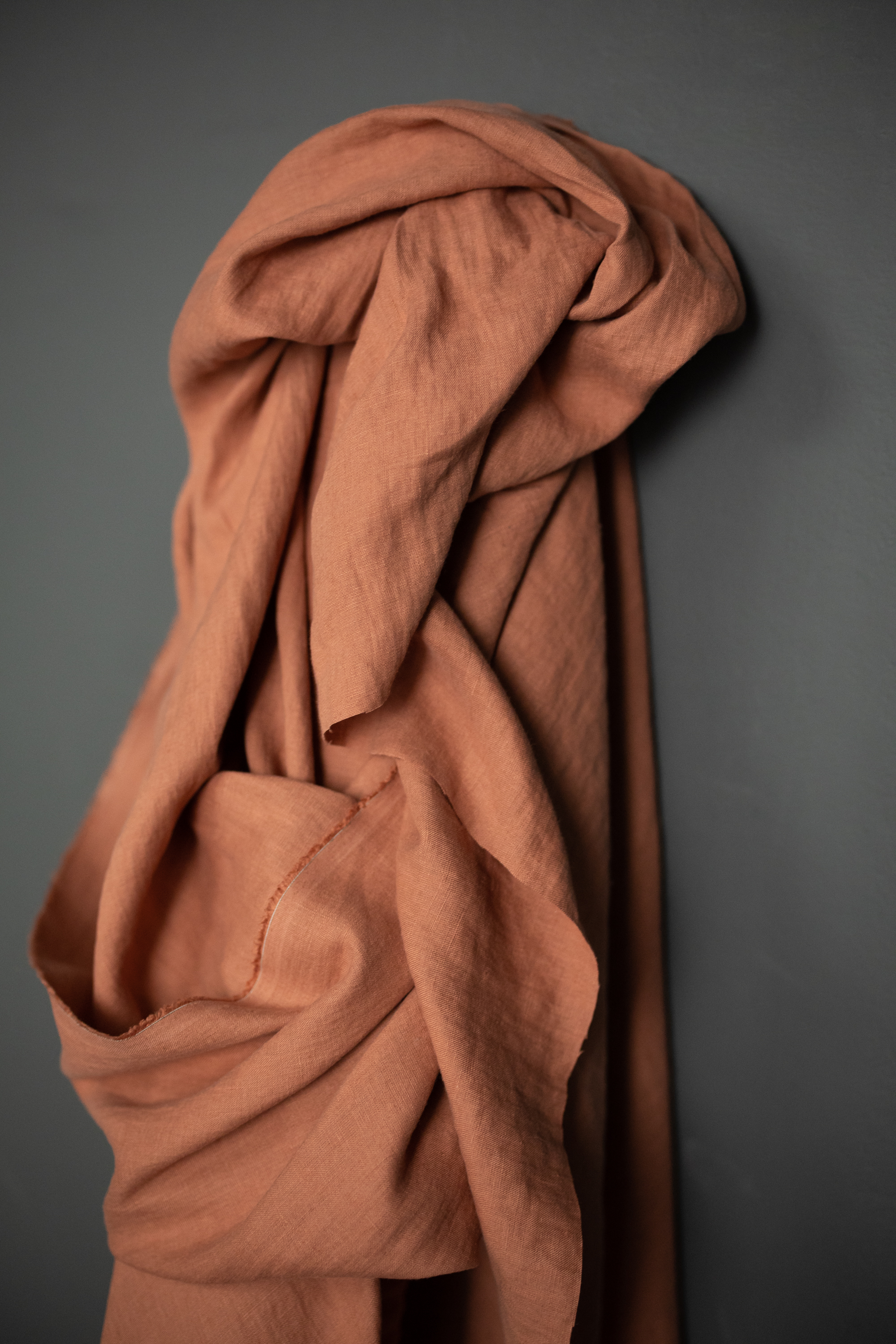 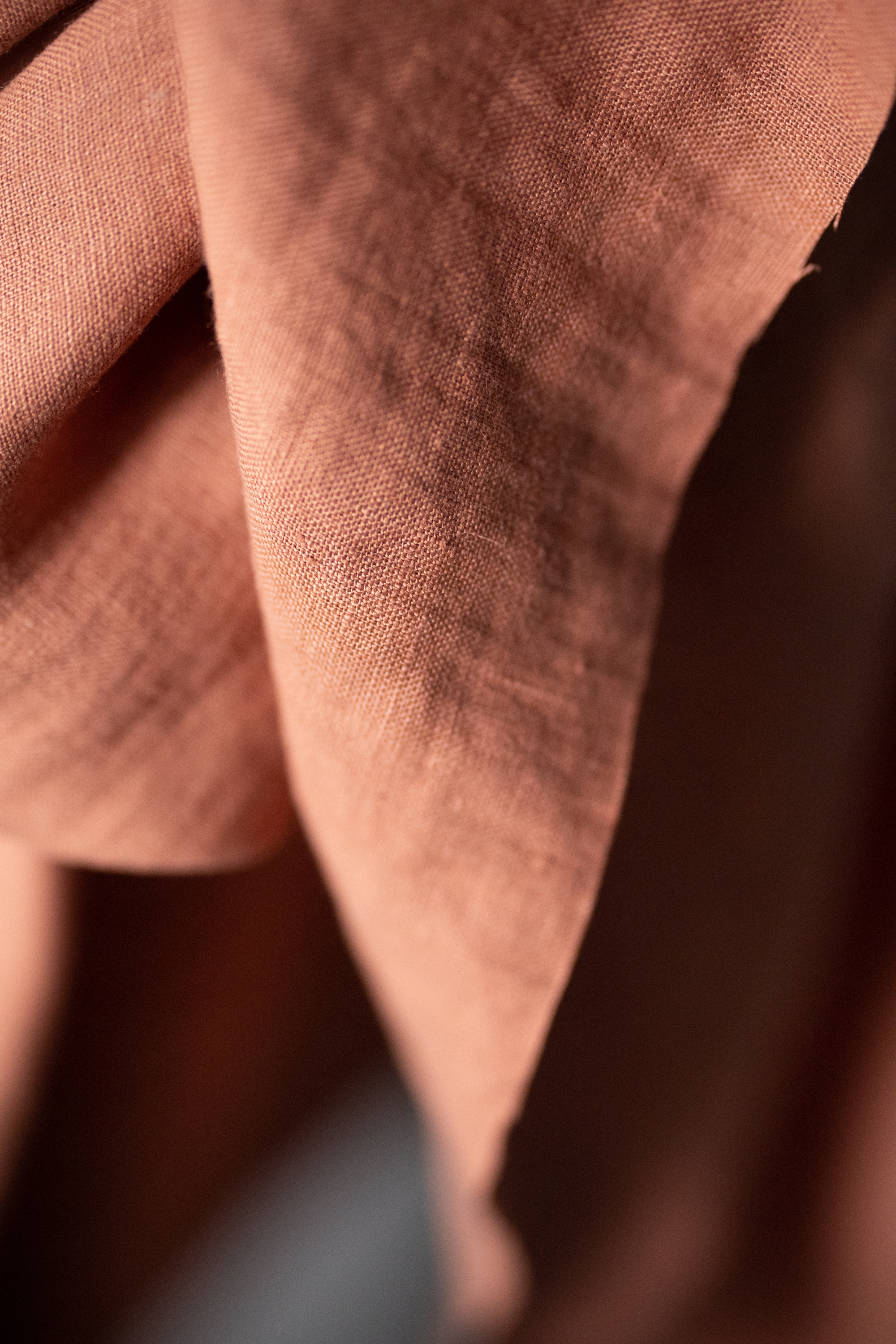 The 185 dress weight linen is our go-to linen for all dress making and also works well for lighter curtains for a casual less refined look.

It is produced in small batches in Eastern Europe where there is a strong heritage of spinning and weaving linen fabric. Made by a mill who uses electricity supplied solely from renewable energy sources and OEKO Tex certified.

We have lots colours in this 185gsm linen range.

Wash at 30 degrees with a non bio detergent. Do not tumble. Shake out and dry flat. Linen will always seize up after washing but as soon as you start to use/wear it the fibres relax again.
If you are using this linen for curtains we recommend using a lining to prevent fading.

20m – if you order 2 x 10m then you will receive a full roll unless you request otherwise – roll lengths vary between 18 & 26m approx.