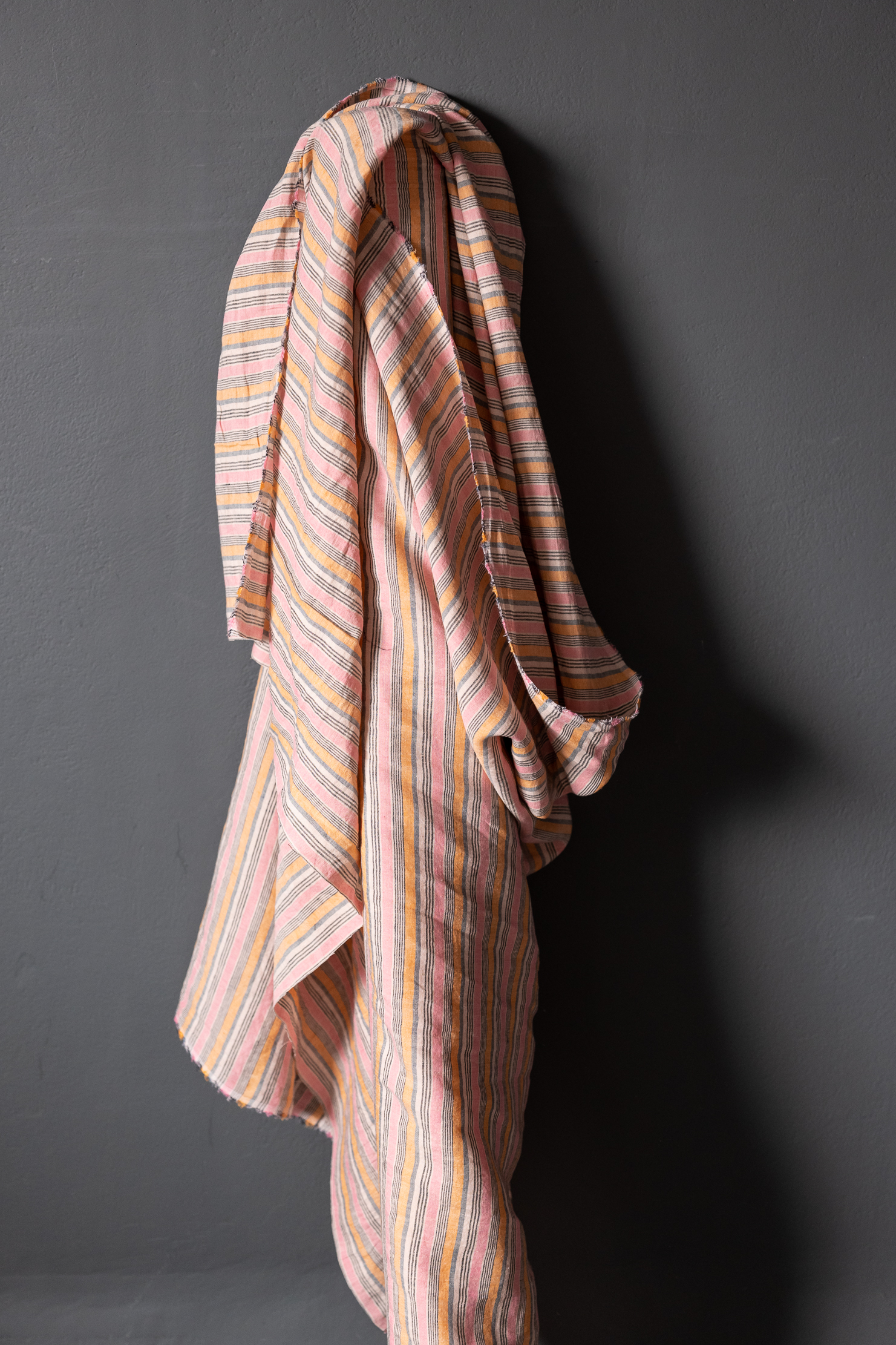 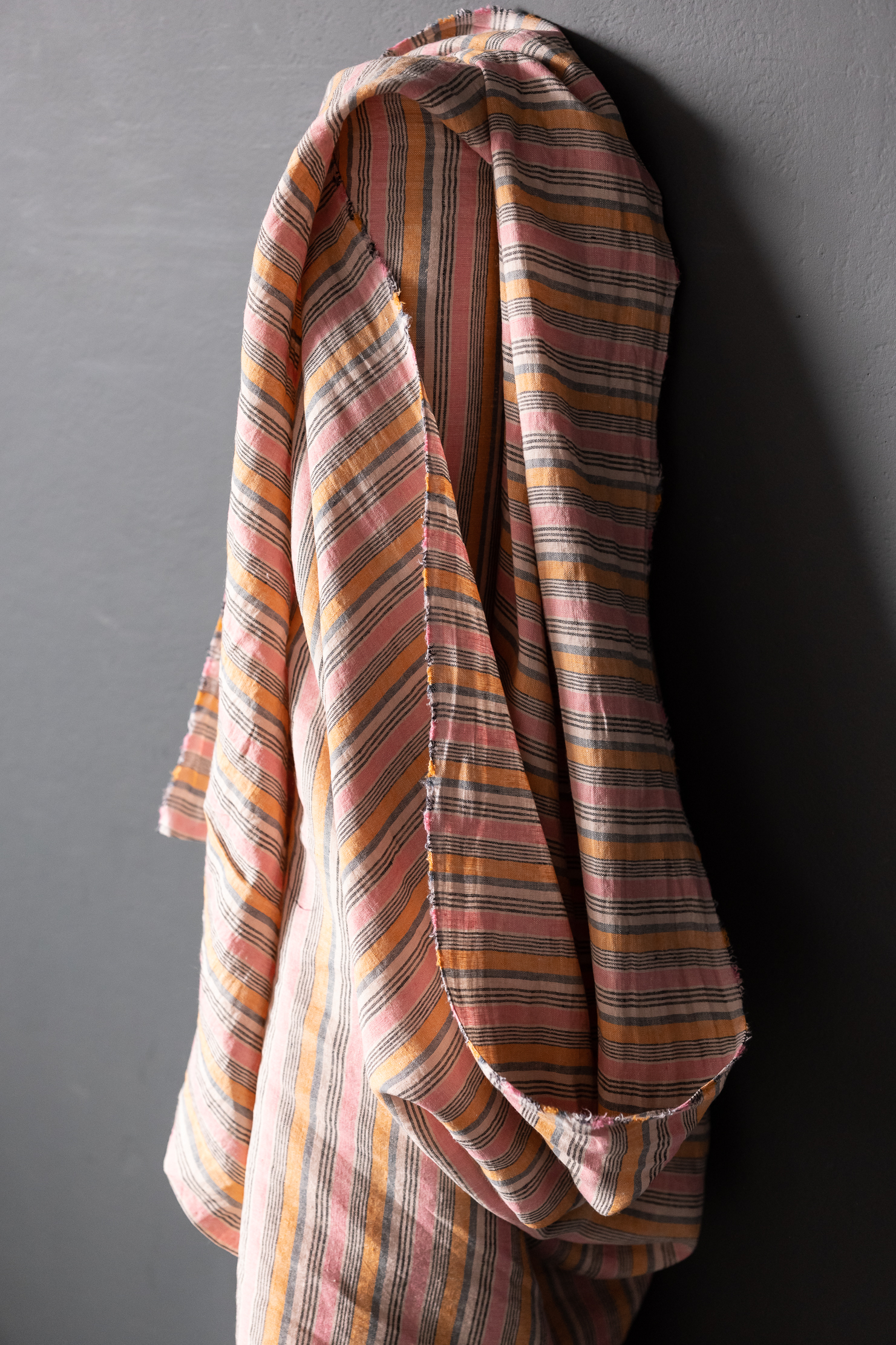 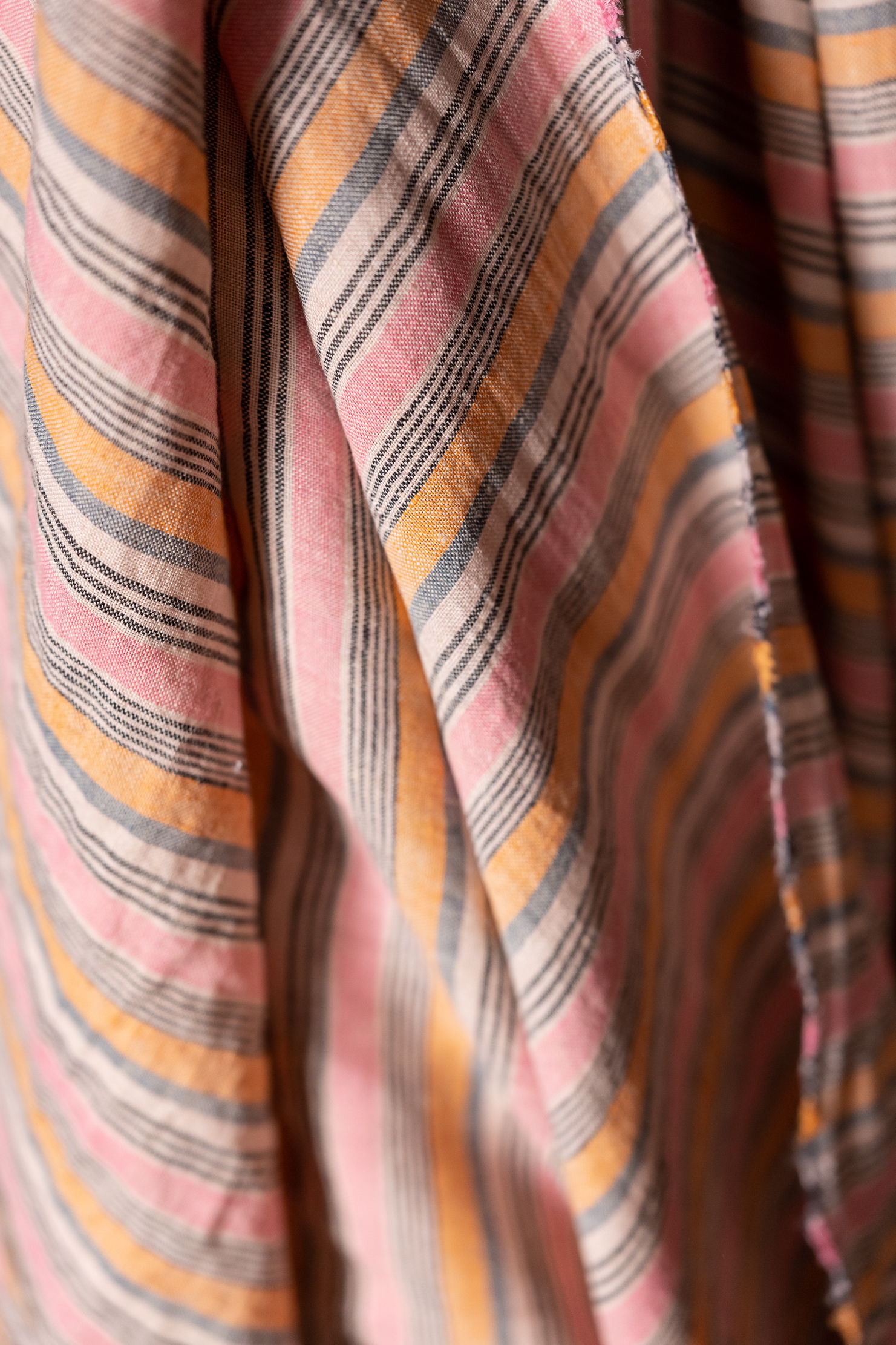 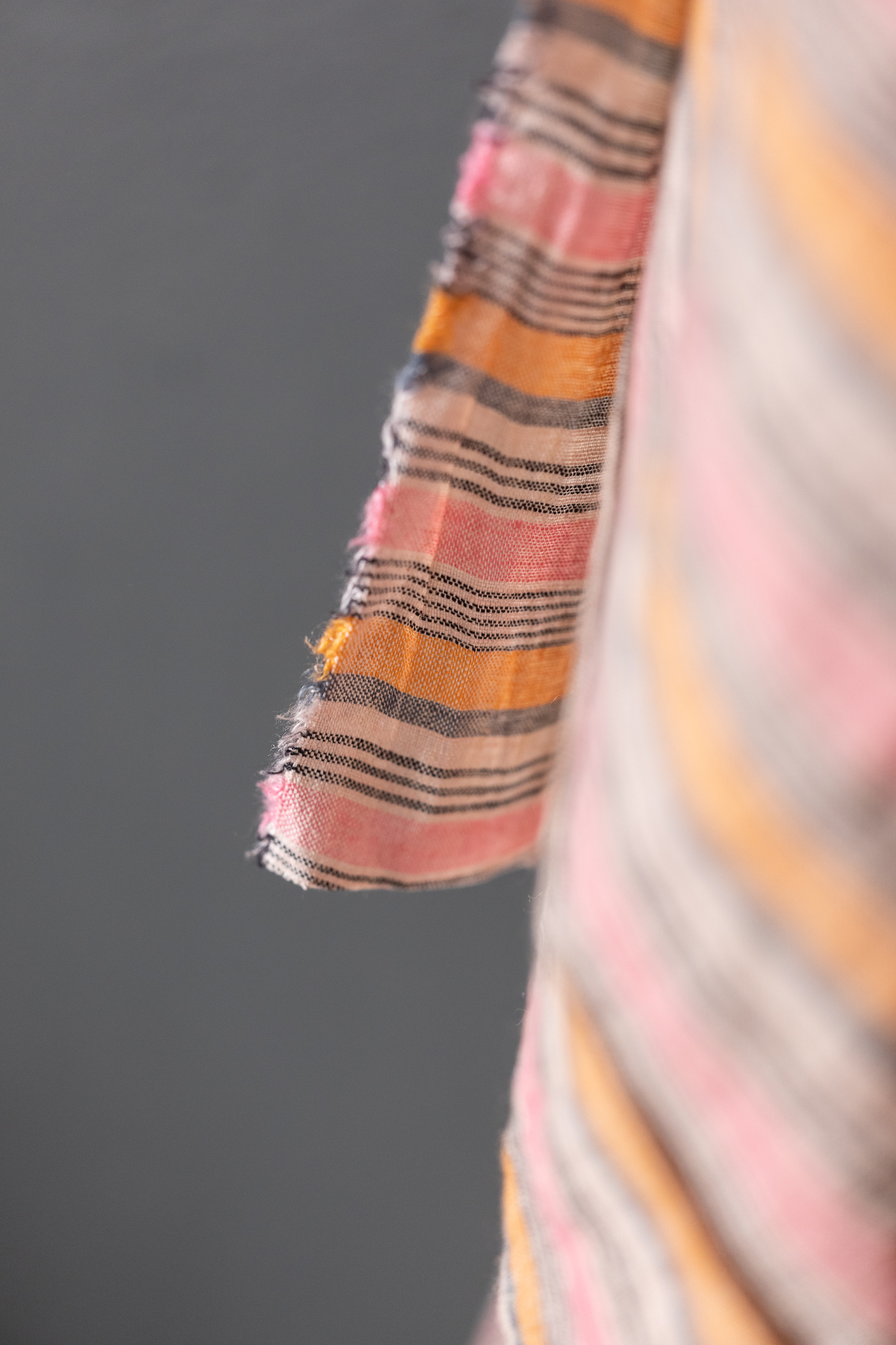 European laundered linen tumbled at the mill for softness. Allsorts is a joyful mix of pink, orange, oat, black and grey/blue stripes.

Allsorts can be used for many of our patterns, ideally dresses, skirts, tops, and loose fitting trousers.